Located in the heart of Downtown Greensboro right next to Elm Street, breweries, restaurants, bars and shops! 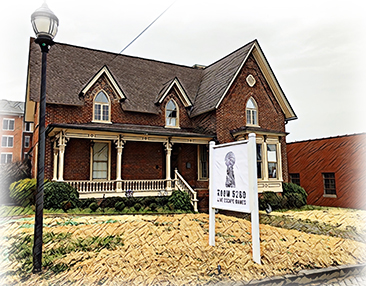 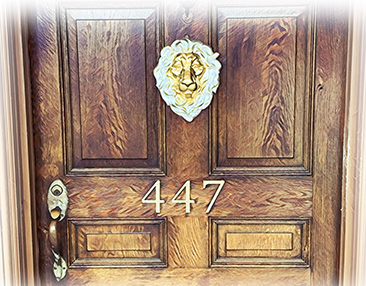 My friends and I had so much fun. We tried out The Experiment, which was super interesting and challenging. The clock started to run down but we made it out with 11 minutes to spare. Will definitely have to try another one!

Kendall Snow
13:19 11 Mar 18
We had a lot of fun escaping the experiment room. Very cool concept. Each puzzle led to next until we escaped. Can't wait to try the other rooms. Highly recommend for a hour of fun!

Drew Miles
02:50 16 Jan 18
We did Weird Heritage and the Dark Room and they were both awesome! We definitely needed some help to get going but it was so much fun. The puzzles were all really unique and the backstories were cool. I was worried initially that some of the people in the group wouldn’t be into it but everyone had a lot of fun. Also, because the tasks were so varied, everyone got their moment to be the “hero” since we’re all good at different things. It was a really great group activity that I highly recommend.

Kaitlin Bair
04:43 30 Dec 17
This place is AMAZING! The puzzles were hard, but fun! The owner/operator was extremely kind and helpful. I would recommend ROOM 5280 for anyone 12 and older. I will definitely be coming back :)

Joelle Rudder
19:39 13 Jan 18
So much fun!! Best escape room I've done yet. Perfect combination of tangible puzzles along with word riddles. I can't wait to go back!

Shannon Guerra
00:50 29 Jan 18
This was my first time doing an escape room with our friends, and it was so creative, fun, intriguing, and innovative! Lots of laughs and screams, very exciting and exhilarating! Our host was awesome and very comedic, he made it so fun. Definitely would recommend this for anyone!

Lauren Kimberly Scheller
03:34 17 Mar 18
Our family was in town and looking for something to do to kill some time. We did the experiment room and had a great time. Our host was very good and amusing. We did escape with a few hints from the host. It was the first escape room experience for most in our group, and they all loved it. I would highly recommend.

Amber Crowley
06:57 08 Apr 18
We had such a great time that we did two rooms. We'll definitely be going back to do the rest. The front door puzzle was by far the hardest.

Jason McWilliams
01:24 02 Apr 18
We came for our company party and it was SO awesome! They accommodated us in all of the best ways. Our host was amazing, funny, and very helpful!(?) will be back!! #weescaped

The best escape rooms around the world

The Sherlocked has two different locations in the Netherlands, these 2 locations present very different cinematic experiences to the people who play them. The Architect, is a standard time limit game of 60 minutes with the mystery escape room. The Vault, which is the other location has 90 minutes of standard time limit. Both of these locations are loved by the people due to the addictiveness that the escape rooms offer.

The Escape Game is located in 5 different states of the United States. This franchise is basically recognized for the high technology props and the immersive settings that it offers. The numerous escape rooms are relying on finding the 4 digit codes to unlock the locks. These escape rooms have the panic button present inside the rooms in case of the emergencies. You get 60 minutes to escape the room once you are locked. You will surely fall in love with the escape room Summerfield.

One thing that makes this franchise very different from the other escape rooms is that you always get a private room even if you buy just 2 tickets. This might sound crazy to you but it is true. The Escapology has more than 40 places all around the world where they have their escape rooms. They offer an experience that doesn’t feel like a game but reality. Make sure that you also visit the escape room Salem.

The Palace games offer a great mix of knowledge and enjoyment. They have the fiction and the history present in their games. This escape room is costly and you should consider your budget before you go there. You can book a private room for yourself for 400 dollars and have 12 players participating. The escape rooms that are present there are considered a bit challenging and you should not take them easy too.

The Basement has a very great cinematic excellence and you will definitely enjoy it as much as we did. The players are given a scenario where they are kidnapped and need to escape within 45 minutes before the kidnapper returns. The success rate of these escape rooms is around 12.5 percent. Yes, it is not easy to escape from there. You cannot miss the chance of visiting escape room Burlington.

Can you escape the room in just 60 minutes?